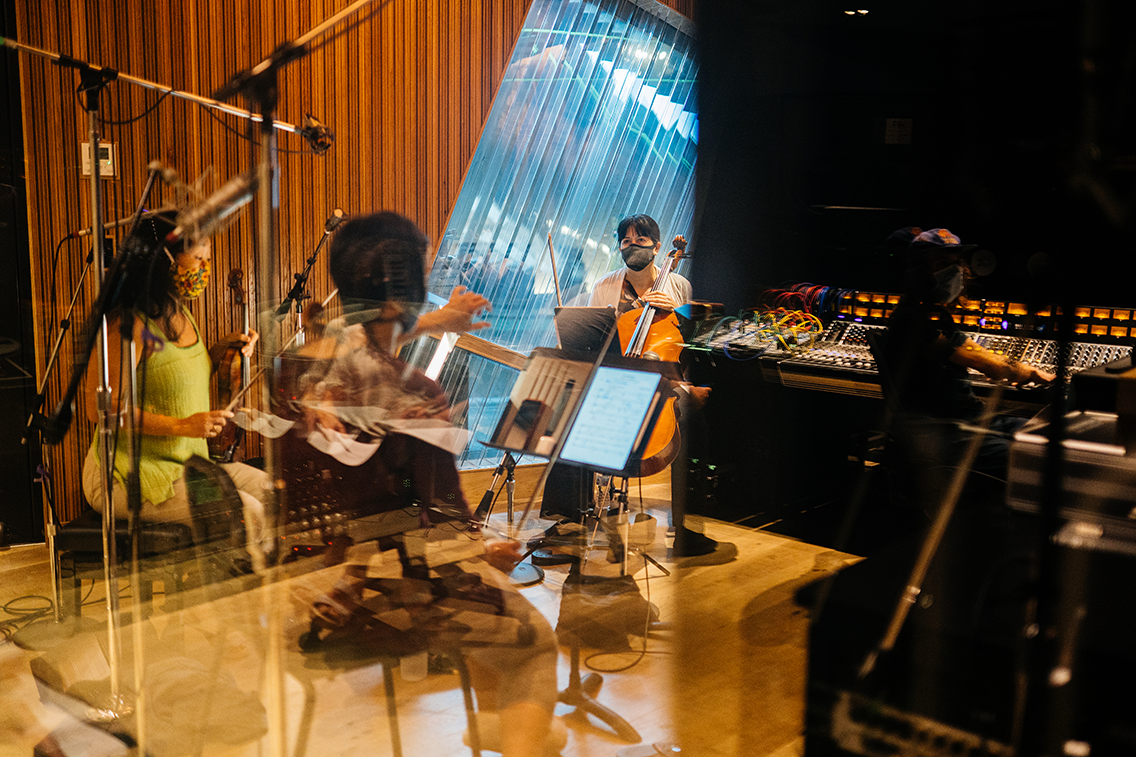 Their Recording Inclusivity Initiative finds new ways to not only celebrate bold and underrepresented classical voices but help other stations follow their lead.

For All Classical Portland President and CEO Suzanne Nance, a better way of thinking about classical radio started with one phrase: “If the recordings don’t exist, we can’t play them.” That simple statement was how All Classical Portland began exploring what eventually came to be the Recording Inclusivity Initiative (RII), built with the goal, as they see it, “to address the gap of classical music composers and musicians from underrepresented communities that make it into the concert hall and onto the airwaves.”

It started, in a way, in 2017, when All Classical Portland set into motion a program called JOY (Joyous Outreach to You/th). JOY focused on different initiatives built around promoting equitable access to the arts and airways for underrepresented audiences, notably children. These programs created structure and focus on an inclusive community, but there was still a lingering need they found within the station itself. Listeners and DJs began to notice an all-too-familiar lack of women and composers of color. There was a simple solution though. “We thought, ‘What if we produced five of our own recordings?’” says Nance when asked about next steps.

The RII’s key goal was to put these new recordings on-air and in front of their listeners. Nance remembers it began with priming their current on-air offerings for a new crop of musicians and composers by “looking at every single four-hour block and literally saying, ‘Where’s the representation? Is there a woman composer? Is there a composer of color? Is there someone from the LGBTQI+ community?’ We are really making sure that everyone sees themselves and hears themselves.”

The RII launched its inaugural submissions in January 2021. “We heard from our listeners who were really engaged because it was open to anyone. Anyone could nominate. It was the listeners. It was people, teachers, professors, anyone who wanted to nominate,” explains Kristina Becker, communications and operations manager of All Classical Portland.

In May 2021, five recipients were announced. Jasmine Barnes, Lauren McCall, and Keyla Orozco were the initial composers-in-residence. The station offered them $2500 and a week-long residency with All Classical Portland and the N M Bodecker Foundation. Two posthumous awards were also presented to Mélanie Bonis and Coleridge-Taylor Perkinson. All five composers had their selected composition recorded and added into highlighted rotation on All Classical Portland.

That wasn’t all the station saw itself doing. “We said, ‘This is just the beginning.’ We are your champion forever now. If you need something or you want to take a creative risk, and we can help you with that, or you want to do something – call us, we’re here for you,” Nance remembers as she looks back on the week when they announced the composers-in-residence.

For the artists involved, their work becomes something that stands up for a wider, often neglected community. “I think the best activism is to be in the spaces for young Black girls,” says Jasmine Barnes. “I want to be a part of history in that way that establishes spaces and comfortability and visibility for Black women to do more things in the classical music community.” It was an integral part of the selection process as well. Panel chair and the station’s 2020-2021 Artist-In-Residence, Adam Eccleston, remarks, “What I want to continue doing is to move things forward so that we can hear more of underrepresented composers. There is so much to be told yet we are forgetting about an important part of our history and our culture that embeds jazz, Latinx communities, and Native American cultures. Why would you want to forget that?”

For the station, what comes next is a challenge to stations and others in the industry – a plan where they all can recommit and hold themselves accountable to properly seeing representation increase in meaningful ways. For their part, All Classical Portland dedicated efforts to make the entire RII process open-source. They have offered up their “How-To Kit” to any and all stations who want it, completely for free. The kit includes an integrated set of document templates, from contracts to marketing assets, and other important building blocks from the first year of the RII, with the focus to provide accessible and equitable resources to everyone. Becker is clear-eyed about the prospects, adding, “I would just say, you can do it, this is achievable. It’s scalable. And we are here to help with this piece and to remove as many barriers as possible or all barriers to this.”

Arianna Avena, All Classical Portland’s JOY program director who also sat on the RII Selection Panel, looks at that open access as a meaningful part of the program, sharing that “one of the beautiful things about the RII is that it’s enabled us to create a blueprint, a map for other stations to follow, and learn how they can do this work in their own communities in their own unique way.”

In each community, the lessons learned from RII’s first year can take root and grow wildly. “The goal with this project is to change America’s playlist in a way that embraces the core canon and the standard canon, and then says, this is a part of that, too,” Nance remarks, focusing on a core idea with the RII, “And it always was. We just didn’t have the recording.” For stations like All Classical Portland, making the effort to find the composer and make that recording is integral to their goal. And even more important than that? Showing others how to do the same.