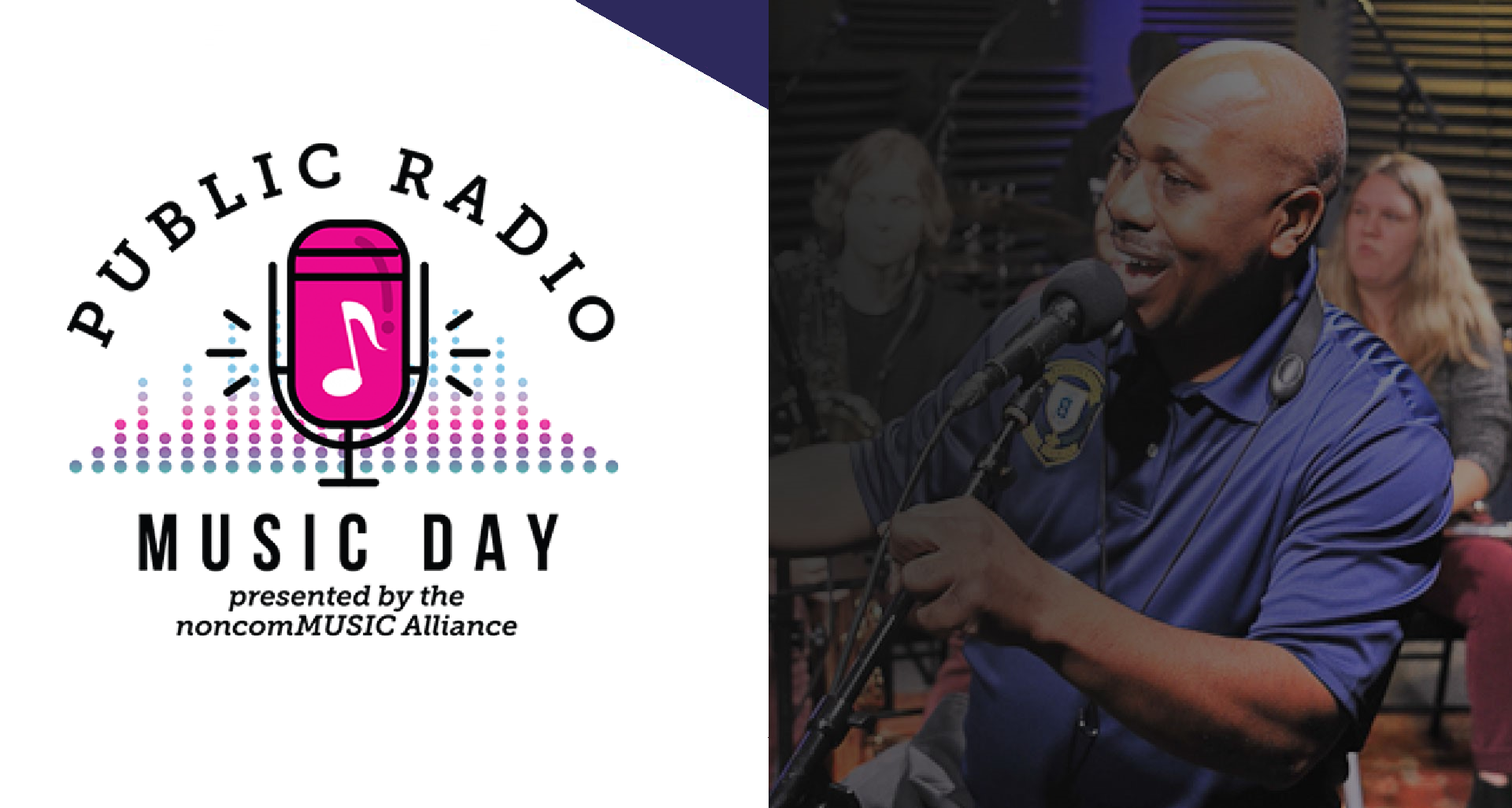 Public radio provides a meaningful platform that means so much more to the music industry than just another avenue for promotion. The recent Public Radio Music Day was a chance to reflect on how local public radio stations have supported artists and their careers. These stations play an essential and nearly singular role in helping artists and musicians launch, thrive, connect, and remain creative. And several recording artists, local musicians and music organizations, label executives, and radio promoters revealed that they are first and foremost listeners. We couldn’t resist sharing these heartwarming tributes and reflections:

Matt Harmon, President, Beggars US: “It’s hard, if not impossible, to imagine any Beggars’ album campaign happening without the participation and support of our non-commercial radio partners. These stations play an essential role in helping our artists find a larger audience and are an integral part of all of our plans.”  (NoncomMUSIC Alliance press release, 4/15/20)

Harlan Kelly, Radio Promotions Manager, Secretly Group: “Public radio has always been there for me. Growing up, it was on in my house constantly. It was how I discovered new music when ALL music was still new music to me. It taught me what a music community could be… the power of the work they do is always going to have a wider reach and greater effect than is apparent.”

Rob Wilcox, Promotions Director, Polyvinyl: “Word of mouth and the bond we’ve built with public non-commercial radio has long been a driving force behind the legacy and longevity of both Polyvinyl and our artists’ careers. We could never imagine telling our story without the invaluable service that public radio music outlets provide, like when an artist appears on a public radio interview program like World Cafe, or when KEXP’s local hosts play a brand-new single for the first time. We owe them all a debt of gratitude.”  (NoncomMUSIC Alliance press release, 4/15/20)

Melissa Etheridge: “I love public radio music because I know when I was starting out, it was public radio that really supported my music. And even now as a legacy artist, they’re still playing my music. I’m enjoying so many stations.” (WCLK Tweet, 4/16/20)

Mikel Jollett, The Airborne Toxic Event: “Public radio music is … a place oftentimes where artists that you wouldn’t hear elsewhere, songs that you wouldn’t hear elsewhere, music you wouldn’t hear elsewhere gets played, and you can discover new people. They support local artists and all this is very important because a lot of people would never be discovered, bands that ended up going on to doing all kinds of wonderful things in our lives first got their start on National Public Radio – including our band. Probably the first thousand times we were ever played on the radio was on public radio and we’ve never forgotten it…. It’s actually a wonderful service for the community and we are very grateful for it.” (@theairbornetoxicevent, Instagram post, 4/16/20)

Kalmia Traver, Rubblebucket and Kalbells: “I just have so many countless memories of being on tour and dropping by some radio station in some city somewhere in America and just being greeted with the smells of coffee and this bustling energy and sort of the feeling that it’s like this revolutionary bunker and everyone there is working towards putting something beautiful out into the airwaves. And, I partake of that beauty pretty much every day… everywhere I go, I love tuning in to public radio – you always know you’re gonna hear something very human-powered and some very human gift.”

Tanya Trotter, War and Treaty: “I would definitely say the first step that I made in trying to get the War and Treaty out there…I looked at all the public radio stations because I just felt like this is a community of listeners who appreciate that kind of music, that sound…So, I remember putting [our first song] “Hi Ho” out there and sending it to a few public radio stations and WDET and WMNF in Tampa picking the song up and hearing it on the radio for this first time and hearing the listeners and how they responded, and the emails we would get. And, when we would do little shows people would say, ‘We heard you on public radio!’” (The War and Treaty Public Radio Music Day, Live Sessions, April 2020)

Tierinii Jackson, Southern Avenue: “I love public radio music because they take chances on young touring artists before anyone else. The first time we heard our music on our own hometown public radio station [was] a thrill we won’t ever forget. Since then, there have been a bunch of public radio stations from Seattle to Tampa that have played our music, hosted us in-studio, and enabled us to make tons of new fans in those markets.”

Sierra Hull: “I just think the power of public radio is a really important thing. … You’ll occasionally hear music that’s similar to the type that I play in certain little corners of the radio world, but I think that public radio really embraces the more traditional art forms, from old styles of music to traditional bluegrass, country music, all the way to indie, cutting-edge, things that don’t necessarily fit into a particular box. And, sometimes I feel like my music doesn’t fit into a particular box. And so I feel like public radio and NPR really gives a home for artists like me and that’s always a really special feeling to know you have support like that from a radio station….” (Public Radio Music Day Ambassador, Live Sessions, April 2020)

Andrew Bird: “I still remember my first NPR interview was with Linda Wertheimer, I was 24 years old, my first record out, and I couldn’t believe I was being given this opportunity. And the first thing she says to me is ‘The interesting thing about your music, Andrew – poetry.’ … [T]hat was the beginning of a long relationship with public radio over the years, with many stations, many great DJs and music programmers. It was not only a great resource and helped me in my career and getting my music out there but also as a conduit for the international music community, finding new artists, and people to collaborate with, and be inspired by.”  (tweet, 4/16/20)

Chad Clark, Beauty Pill: “[T]he beauty and power of public radio, it feels local, no matter where you are. NPR music changed my life as a musician. And I bet you it’s changed your life as a listener, and we should all be grateful.”

MC Taylor, Hiss Golden Messenger: “As long as I’ve been involved with music, both as a listener and as a performer, noncommercial radio has been a vital part of my ecosystem. Radio stations like KEXP in Seattle, XPN in Philly, WFUV in the Bronx, and WUNC in my hometown of Durham, have been generous supporters of my music as Hiss Golden Messenger, but maybe more importantly, have pointed me in some musical directions that I wouldn’t have discovered without their help. There have been a lot of trips that are just me in the dashboard lights and the music, the DJs like David Dye, Rita Houston, or Eric Hodge are beaming out over the airwaves that seems meant just for me. I’m very thankful that public radio exists in my life.”

John Schneider, Grammy Award-winning classical guitarist:  “Independent radio is a priceless resource. Genius often grows in the hidden corners, overshadowed by the corporate giants that dominate the airwaves. It’s not only our job, but our great pleasure to help talent shine, as we continue to give voices to the voiceless. When that happens, everyone wins.”  (KPFK Public Radio Music Day ON-AIR Event Summary, 4/16/20)

Alison Gaines, Director of Kearney Symphony Orchestra: “I love music on NET Public Radio (Nebraska) because it promotes and plays music that deserves attention, but often doesn’t get it, maybe because it’s not mainstream or it’s not recorded on a big label. Or maybe it just hasn’t been discovered yet. This includes great classical music. And NET is great about playing recordings by more obscure orchestras [and] playing pieces that often don’t get heard.” (NET Radio, 4/16/20)

Laura de St. Croix, NouLou Chamber Players, and Evan Vicic, Louisville Orchestra: Laura: “We love public radio. I have it on all the time, whether I’m in the car driving to my next gig, or just cooking in the kitchen or relaxing at home. I grew up listening to the Metropolitan Opera broadcasts on Saturday afternoons with my grandma… Public radio is so important to our careers. It helps me learn new repertoire, interesting tidbits about composers … or hear a new interpretation of a piece I’ve already played.” Evan: “And I love when I get to catch a rebroadcast of one of our cello performances….” (WUOL Facebook post: Public Radio Music Day, 4/16/20)

PYO Music Institute: “@PYOMusic loves knowing that there’s a home for great classical music and jazz in our community on WRTI. Thanks, @WRTI for playing PYO’s music and for supporting Philadelphia music of the past, present, and future.” (PYO Music Institute tweet, 4/16/20)