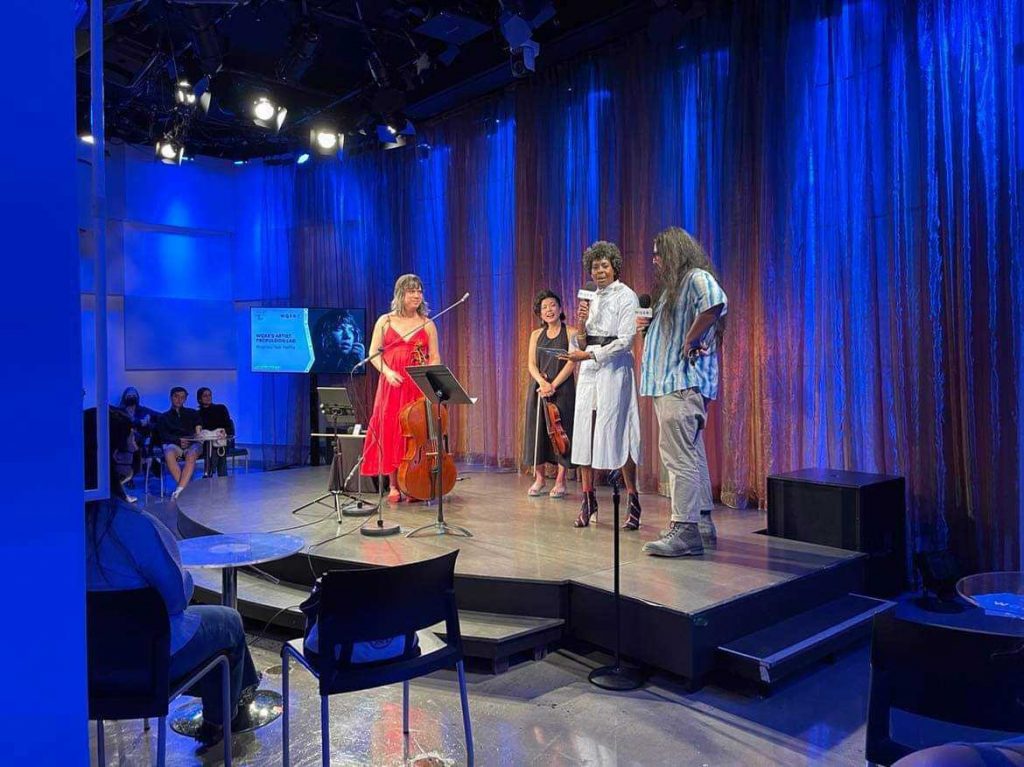 Pushing to make classical music as varied and diverse as the city it broadcasts from, the NYC station produces events for any and all to enjoy.

On an ideal Friday in downtown New York City, people bounce from spot to spot eager to find the next thing to do after a long work week. On the corner of Varick St and Charlton St, The Greene Space, a performance studio operated by New York Public Radio, opens its doors and people file in. This studio, known for its large window wrapping around the block, offers anyone walking by outside a glimpse of the performance, bringing the city into the studio. On this particular night, dozens enter for a performance hosted by WQXR, the city’s preeminent noncommercial classical station. As host Helga Davis walks out, she introduces the event: the next concert in WQXR’s Artist Propulsion Lab, performed by cellist Andrew Yee (who uses she/they pronouns) and their recital, “Halfie,” which explores their identity as biracial and nonbinary with contemporary solo cello compositions.

Started in 2021, the Artist Propulsion Lab is one of the many events that WQXR hosts for the city. For Ed Yim, WQXR’s Chief Content Officer and Senior Vice President, there’s a key focus to how they curate the event. “These artists, they tend to be at the beginning of their careers, and they are really pushing us to think about questions like, ‘What do we include in classical music in the 21st century?’” he says while explaining what the station hopes to offer. “We constantly ask ourselves, what is the intersection of this performance with equity and inclusion and diversity? What is this performance, where does this intersect with community concerns and journalism and issues of the day and social impact, which the classical music field in general is grappling with.”

Usually running through the fall and winter season, Yim and WQXR are rightfully proud of the The Artist Propulsion Lab series, but the station also had a packed spring and summer with other events and partnerships. As its sole media partner, WQXR supported and promoted the Rites of Summer concert series throughout the summer with concerts taking place on Governer’s Island in the middle of New York Harbor. In this space, also known for hosting the massive (and expensive) Governer’s Ball festival, Rites of Summer offered a free, public experience of experimental and contemporary classical artists and ensembles, something the station was happy to promote to its nearly 400,000 weekly listeners.

The station also offered its listeners an experience that many in the city have only seen in person, live broadcasts from the Naumburg Bandshell. “It has been around for over a hundred years and is one of the most democratic venues for hearing classical music in the city. It’s totally free. It’s right in the middle of Central Park,” explains Yim. “We’re really honored.”

Yim and the station are now looking forward to October, when they’ll put on the next Classical Kids Fair in Queens, N.Y., after stops in Brooklyn and the Bronx. It’s one of the many event series WQXR directly produces. “Listening to great music is something that starts in childhood,” Yim says. “Any little bit that we can do to contribute to that effort, along with all of our colleagues in the performing arts and classical music community in New York City is something that we should do.” It’s a critical effort for Yim and the station. Paraphrasing Brenda Barnes, a renowned figure in the classical radio world and CEO of Classical KING 98.1 in Seattle, Wash., Yim emphasizes, “A city or a community without a classical radio station is a city or community that is weaker in its cultural landscape.” 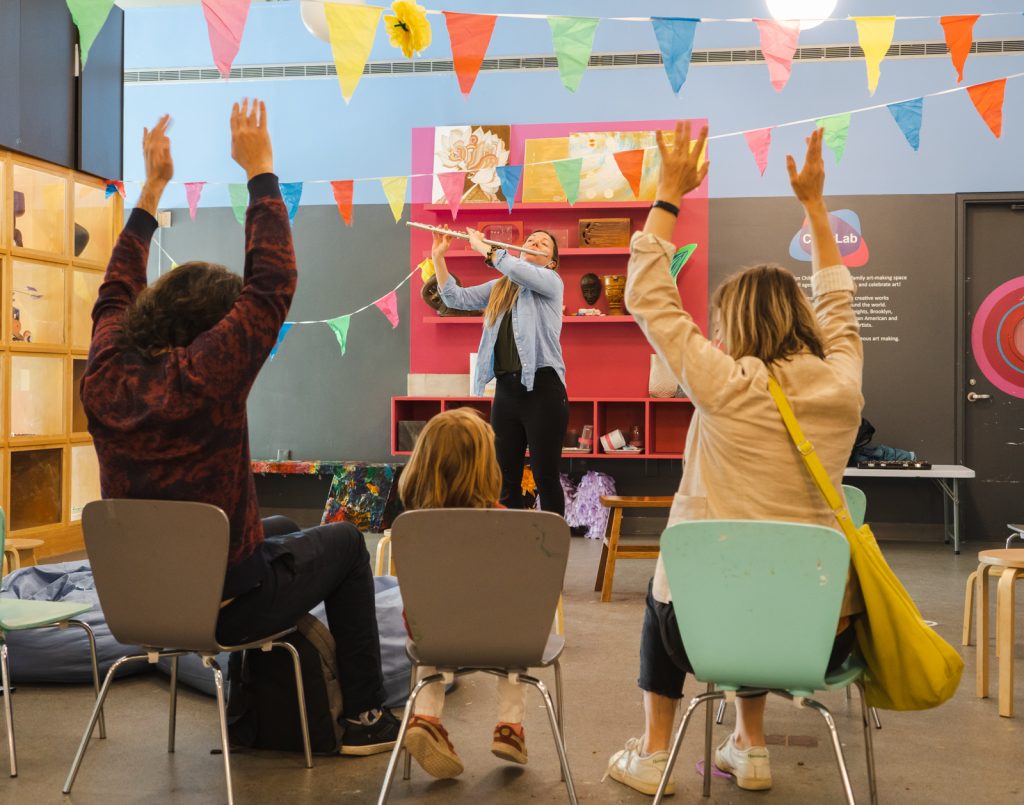 Yim, who joined the station in 2020, soon came up with an easy way to remember what he considers the station’s north star, one that he thinks will provide a way to actually better that cultural landscape. “It’s what I call the four Es: expand the audience, expand the definition of what great music is, equity, and essential partner.”

Yim regularly expresses his hope to always offer a community-first and open approach to classical music, a drive made possible as a mission-driven noncommercial radio station. For such a large and diverse city that can easily land the dial on the station or walk by a free show, he can’t expect listeners to only connect to the music via an encyclopedic knowledge of everything they’re playing. He wants to start with something simpler. ”What we’re trying to do is we’re trying to spark that moment of joy with great music,” Yim impresses. “You fall in love with something because it sparks something immediate and visceral and joyful in you. And when you fall in love with it, you want to learn more about it, you know?”

Joy is certainly the emotion that spreads through the Greene Space as Andew Yee finishes their performance with an encore of sorts, a stripped down version of “Oh, What a Beautiful Mornin’” from the musical Oklahoma. It’s the song Yee says they sing to their son, Otis, every day. As Yee plucks their cello, the crowd also watches a video of Otis slowly falling asleep right behind them. Smiling ear to ear, Helga Davis comes back on stage to thank Yee and the crowd. Taking a beat, she realizes this was the first time she had been to an event with an audience in the space in a long time. “I…  I really miss you” she says with a waver in her voice, first to the staff, her colleagues, and then to the crowd, “Thank you all for being here.” Seeing the crowd, gathered to explore new and exciting music together, she finishes, “We’re going to be doing stuff here. Beautiful, beautiful, beautiful things.” The crowd agrees, offering up a long, deserved, standing ovation.