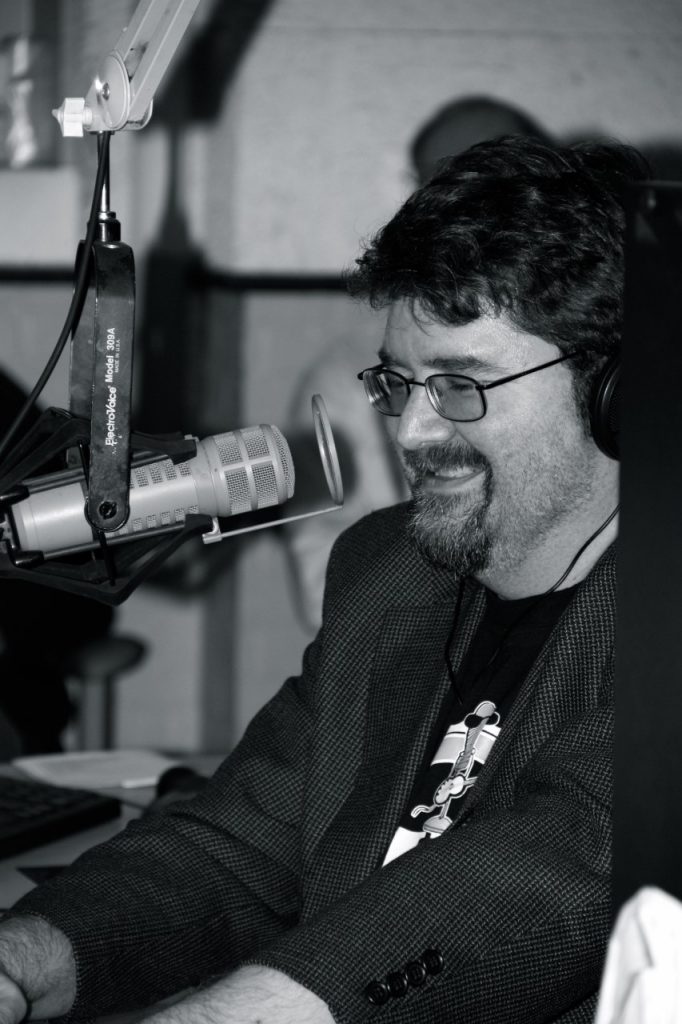 Since 2002, Joe’s Blues has been curating playlists to deliver steady offering of the many facets of blues music for WUKY listeners. That’s kind of like trying to identify all the stars in the sky: a never-ending, always passionate and enriching endeavor.

“I look at blues as the thin line that runs through nearly all of America music,” says Joe Conkwright. He created the program for the Lexington, Ky., public radio station and still hosts it two nights a week. “Whether it’s country music, gospel, jazz and many other genres, blues is right there. It’s what everything starts from.”

The Lexington area has a strong and hungry community of blues enthusiasts and local blues musicians, some of them who have performed in major bands across America.

Conkwright explains, “I present as a curator. Each song I pick to go on the air is a masterpiece in its own way. It’s like if you go to an art gallery. This show is, from week to week, a different gallery show. It’s where people can go and commune with music. If the show is really good, it’s featuring stuff from all periods – whether it’s from the ‘20s or last year. Music moves forward and backwards. You can learn from both.”

The program runs on Monday and Friday nights, and with an unique, fresh set list that Conkwright often shapes around a particular theme. When Halloween or Christmas are coming up, for example, he’ll feature songs about them. When New Orleans flooded after it was hit by Hurricane Katrina, most of the songs one night were about floods.

Or he’ll sometimes follow a theme of “rendition, revision and revisited” – showcasing songs that a blues artist performed differently in different settings and times. Like the traditional-sounding 1954 Muddy Waters recording of “I Just Want to Make Love to You” and his more “psychedelic” 1968 version.

Conkwright has built shows around interviews he’s conducted with the many the legendary musicians who have contributed to the genre – like Chicago vocalist Koko Taylor, R&B pioneer Solomon Burke and blues/rock guitarist Johnny Winter.

“There’s a lot of preparation,” Conkwright reflects. “I’ll have an inspiration for a show. I’ll start with three good songs, a lead song, one to finish with and then a middle song. Then I find other songs that will fit in between. And that evolves as I put the show together.”

He takes the curation process seriously and hopes that spirit rubs off on listeners.

“Maybe I’m a little old fashion with radio,” he says. “People think of it as a disposable thing, that it goes into the ether, and it’s gone. But I go out of my way to bring together different ideas and content that they will stop and listen to and will stay with them.”

Conkwright recognizes the deep well of history and emotion blues draws on with every song.

“People rightly see blues as part of the history of black America,” Conkwright says. “At the same time, it has influenced everything. There wouldn’t be rock and roll without blues. It is the essential American music.”