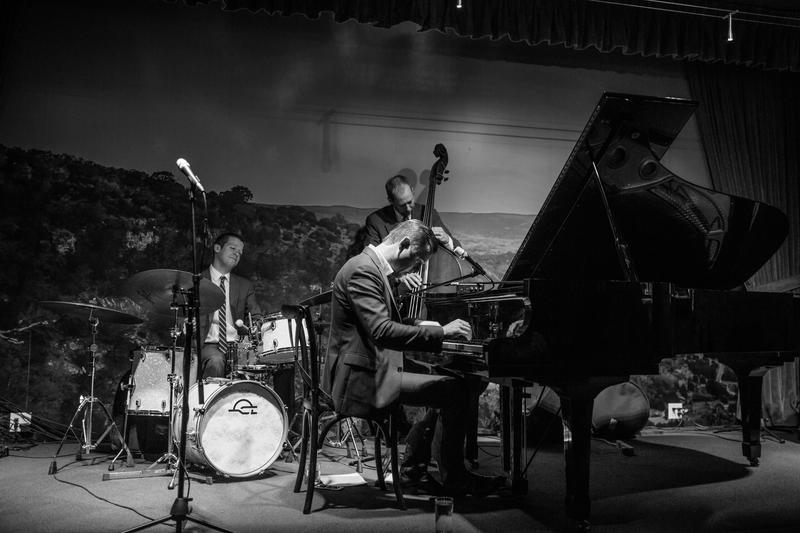 WXPN in Philadelphia is a leader in producing and broadcasting live performances and is best known for World Cafe, a two-hour daily program featuring leading national and international artists and local musicians alike.

“Philadelphia artists feel they have an advantage because they have this local media champion that that connects them to local audiences through our regular music playlists and nationally through World Cafe,” says Roger LaMay, XPN’s general manager. “We not only expose local artists to local audiences but also to listeners across the country.”

WXPN also hosts Free At Noon on Fridays in its venue World Cafe Live. Artists drop by to play a live performance of three to five songs that are broadcast live on the station’s signal and online at VuHaus. As the event’s name implies, the performances are free for attendees and start promptly at noon for a great kick off to the weekend.

Live At Jazz TX is an hour of interviews and performances, mostly with local artists, recorded live at the city’s historic Pearl Brewery.

Tune in to Texas Public Radio at 7 p.m. CT on Saturdays to catch the show.

KNKX’s Studio Sessions invites jazz musicians to talk about their work and perform a few sets live. The program has showcased some of the biggest national jazz stars – artists such as Arturo Sandoval, Gregory Porter, Christian McBride, and Madeleine Peyroux – when they tour through town.

It also gives considerable airtime to established and up-and-coming local practitioners of America’s unique music – like Ben Feldman, a Seattle-area high schooler who is gaining prominence as a jazz bassist, and the 200 Trio. In addition, many of the songs recorded during Studio Sessions appear frequently on KNKX’s many regular jazz programs.

In Concert by KCBX

KCBX puts on an annual three-day-long Live Oak Music Festival near Santa Barbara, which features national and local artists performing a wide range of genres. AKORN Radio, KCBX’s solar-powered station at the Live Oak site, broadcasts festival events as they happen, including the shows on the main stage, the workshops, and other events.

Classical Performances by KDFC and KUSC

Every Tuesday evening KDFC broadcasts a recorded performance of the San Francisco Symphony, and on Sunday nights it features a rotation of live events from the San Francisco Opera, Philharmonia Baroque, and other top-flight music companies. And sibling station KUSC features live performances by groups such as the Los Angeles Philharmonic and the Los Angeles Chamber Orchestra every week on SoCal Sunday Night.

The stations serve as the only sources of classical music in Southern and Northern California, providing access to these classical music performances for listeners across the state.

909 Sessions, a live performance and interview program on Kansas City’s The Bridge 90.9, spotlights nationally and internationally acclaimed artists performing nearly every genre of music. In keeping with station’s mission to promote more local talent than any other station in town, 909 Sessions has recently featured well-established and upcoming Kansas City musicians including Brewer & Shipley, the folk-rock duo that rose to national prominence in the 1970s, and Hembree, a rock band that has soared to national popularity in recent years.

These are just a few of the many examples of how noncommercial public radio stations are making live musical performances available to more people. Some offer affordable or even free events to attend live but also provide broadcasts or online access to those who may not be able to travel or afford a festival pass. That adds up to an enormous contribution to the cultural vitality of communities across America, and it is giving precious exposure to musicians that can propel their careers.