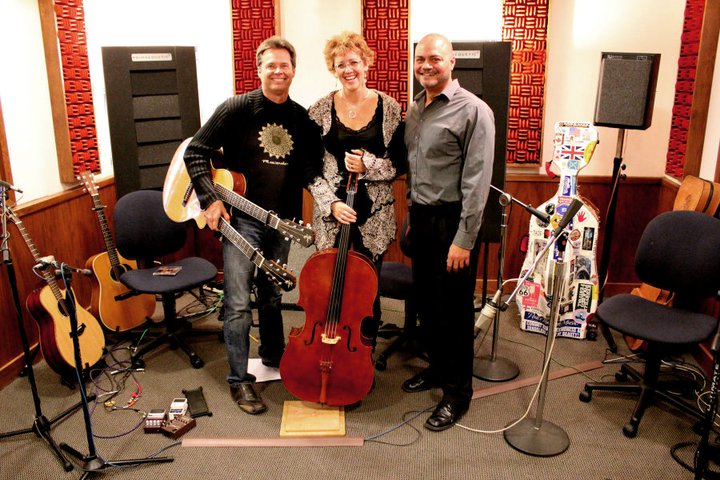 A funny thing happened one night during a Radio Kansas membership drive in April 1986. When the audience showed lackluster interest in jazz, co-hosts Ken Baker and David Paisley played music from the Mannheim Steamroller album Fresh Aire III. The big, blended sounds of electronics, rock and roll, and classical music inspired listeners to call and express support for a program showcasing a classical music crossover with the rising New Age genre.

In connecting the effort to the station’s daytime classical offerings, Ken Baker describes the resulting program as “original music by classically-trained musicians” that preserves classical sounds and instruments in modern music.

Radio Kansas staffers Steve Brown and Dan Skinner had already established a foundation for the program by intermittently broadcasting it in the prior weeks.

“Steve and I just found the music fascinating,” said Skinner, who now serves as general manager of fellow noncomMUSIC Alliance partner Kansas Public Radio. “There was nothing [else] like it in our market. It was relatively new with Windham Hill [Records] artists and Mannheim Steamroller.”

After the warm reception during the membership drive, Nightcrossings officially debuted on September 9, 1986.

“Mannheim Steamroller today is best known as a number one selling Christmas act,” said Baker, now Radio Kansas general manager. “In the late ‘70s and early ‘80s, they were a classical crossover, which was rock and roll played on classical instruments. They helped an audience coalesce around a subset of classical music.”

The music group, along with Irish singer and musician Enya, are considered the “touchstone” artists for Nightcrossings.

To keep Nightcrossings current in the New Age genre, supervising producer Michael Ables curates music by other artists with a similar sound and structure. Music by artists who have performed with the Paul Winter Consort, such as cellist Eugene Friesen, as well as songs played on Stephen Hill’s Sunday night syndication, Hearts of Space, are among listener favorites.

Ables started with Radio Kansas and Nightcrossings 20 years ago, taking over for original host Andrea Springer. Springer, who returned to host the program on Friday nights, developed the show’s original playlists.

“The music that Andrea introduced changed [over time],” said Ables.

He recalled New Age instrumentalists such as Shadowfax and the fusion band Montreux, who were artists on the now-defunct Windham Hill label that appealed to contemporary jazz fans in the 1980s, and the rise in popularity of Celtic music in the 1990s.

“New instrumental music is evolving; it’s not gone,” explained Ables. “But don’t expect it to be the same in the future as it is now.”

Radio Kansas is dedicated to connecting its community with live music from local and national artists. Artists like hammer dulcimer player Ted Yoder have stopped by the station and performed in a Nightcrossings JAM! session before appearing at a nearby concert or the Walnut Valley Festival.

“We set up invites for our audience, and I will interview the artist,” said Ables.

Friesen, cellist Hannah Alkire and guitarist Joe Scott of Acoustic Eidolon, and Chapman Stick artist Trevor Stewart are among the musicians who have appeared on Nightcrossings JAM!

Stephanie Valjean, who hosts Nightcrossings Monday through Thursday, has a personal connection with the station through a relative on the Radio Kansas staff.

“All of us are a part of Nightcrossings’ long history,” said Baker. “With each generation of hosts and producers it just gets better and better.”