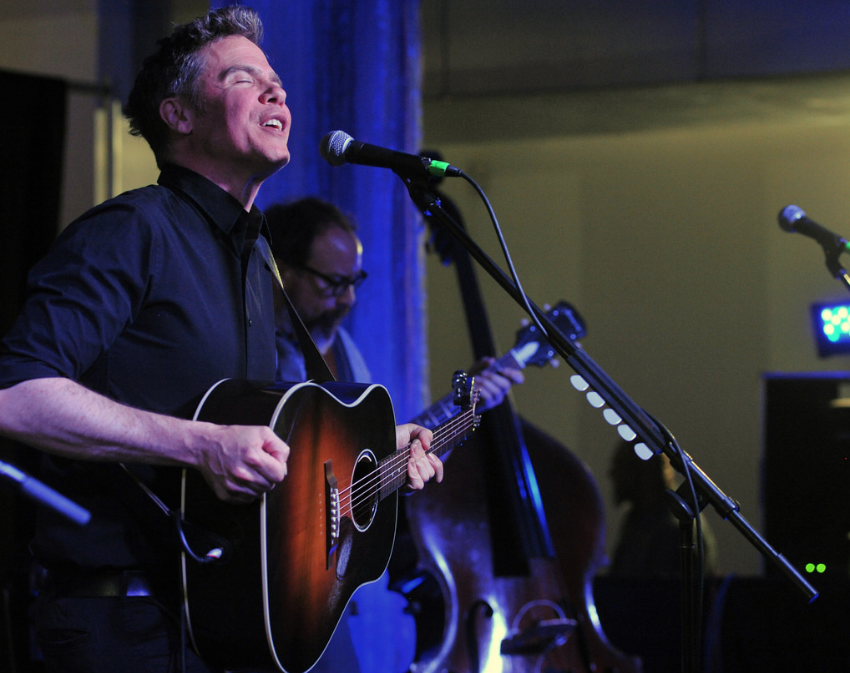 WFUV is reinventing how performances are shared by creating them on-air, online, and on stage for listeners and fans.

Do you remember your first concert? Your heart raced, you stopped breathing for a few seconds. And maybe afterwards you purchased a t-shirt, a CD, and became a lifelong fan of the band.

WFUV aims to create that experience for every listener and anyone who attends WFUV Live concerts.

“We’re not about familiarity,” said Rita Houston, longtime WFUV program director and iconic DJ. “We’re the total opposite of conventional.”

The station’s motto is, “Discovery Starts Here.” The station is located at Fordham University in the Bronx and broadcasts its unique Triple A mix of indie rock, blues, classics, and anything else that fits the mood, all presented by DJs with the exuberance of kids locked in a record store overnight. The station also produces performances four or five times weekly through FUV Live.

FUV Live usually begins in Studio A, which cranks out an impressive series of recorded performances by musicians passing through the New York area. These gigs range from new to classic acts such as Lake Street Dive, Erin McKeown, Moby, Okkervil River, St. Vincent, Phoenix, and Gorillaz.

“We also captured artists like Mumford & Sons, Gomez, and The Lumineers in the studio before their ascent to stardom,” says longtime host John Platt.

Sessions are recorded and produced by Fordham undergrads.

“The band comes in, lays down two or three songs. We record these; they’re not live. They have a chance to be get comfortable and can do a second take. We then produce a 30-minute piece including the performance and an interview.” Afterwards that show is aired on the station — FUV Live airs Mondays–Thursdays at 8 p.m. Eastern — and is posted on the station’s website, simulcast on the its 24/7 stream, and the video is shared on its YouTube channel, Facebook, and Twitter accounts. As an added bonus, the musicians almost always share it on their social media platforms.

“The audience is very small, about 150 seats or less, and all are WFUV donors,” said Houston. “It’s a way to reward membership and we get great shows, content to use for our show and social channels, and build great relationships with the bands and venues.”

Recent participants included the 90’s rockers The Breeders and singer-songwriter Brandi Carlile, just before she played a series of sold-out public shows in New York. Naturally, the concerts are recorded by WFUV’s amazing crew and packaged for worldwide digital distribution.

Sharing these performances on a wide variety of platforms allows WFUV to reach music fans beyond its broadcast signal around the clock. The videos alone generate more than 19 million views annually.

The greater benefit, says station manager Chuck Singleton, is that WFUV feeds a community of music fans that love sharing what they’ve found with each other.