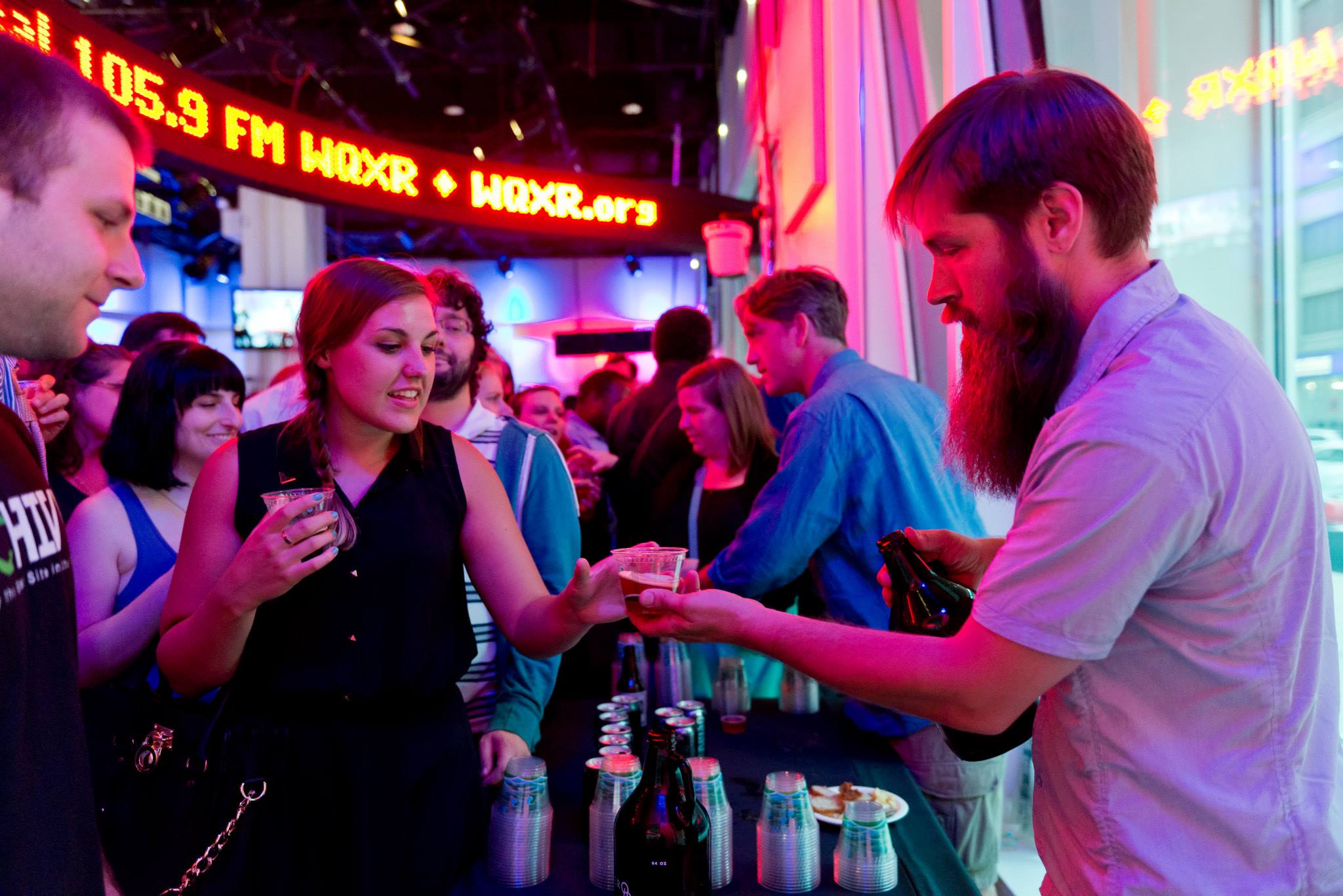 New York City’s noncommercial classical station is eager to not only hear from their listeners but give them something to make their day a little better.

Every weekday before most people finish their first cup of coffee, WQXR, New York City’s resident classical music noncommercial radio station, airs its Out-the-Door Dedications, from all different kinds of its listeners. A mother wishing her daughter best of luck on her first day of college or a friend just wanting to tell their friend how much they mean to them.

Each day a new little story and a new peek into the vast range of lives of the 8.6 million people living in New York City. For Matt Abramovitz, WQXR’s VP of Programming, it’s a part of what the station means to him.

“It’s an amazing little cross section of New York City that comes onto the air for just a couple of minutes every day.”

Creating a Close-Knit Community in The Big Apple

Listeners are connecting to a public radio music station in a personal way that extends beyond a genuine, if not well-worn, understanding that many noncommercial radio station staff express about representing their community.

The dedications give listeners a feeling of not only connecting to an on-air broadcast but to each other. It connects them to WQXR on a personal level, in their hearts and not just their ears.

For Martin, a WQXR community member in Manhattan, it’s a personal connection to the music itself. “Many years ago, a friend told me, ‘If you learn to love classical music, you’ll have a friend for life.’ He was oh so right.”

WQXR is firmly part of the everyday experiences of New Yorkers. The noncommercial music station creates a special presence in their lives that doesn’t stop at morning dedications.

“We hope to show a range of experiences with classical music that you wouldn’t have expected otherwise,” Abramovitz said. “Our operating assumption is that we want a station that is welcoming to all whether or not they know anything about classical music and that all they need to know is that they liked the way it sounds and they appreciate the companionship of the hosts.”

WQXR is at the forefront of creating shows with distinct sounds and captivating hosts, and they’re dedicated to ensuring community members have access to their content no matter where they are in their daily journeys.

Aria Code, produced by WQXR and Met Opera, is a new podcast examining some of the most well-known arias in opera.

Ann Marie, a listener in Ridgewood, NJ, recently shared with WQXR that, “I always learn something new from the hosts.”

And it’s not just humans who have something to pick up from the shows. Ilona and William from Manhattan wrote to tell the staff, “WQXR is on at all times – for us when we’re in, for our cat when we’re not (he’s probably writing a book on the great composers). Besides the lovely music, we (cat included) learn from the commentary.”

The public radio station is also dedicated to providing airtime to a wide range of different artists.

“The history of classical music is still unfolding and we’re always making discoveries about the artists and stories that have been missed in the past,” says Abramovitz. “Just as one example, we’re planning to feature only women composers on International Women’s Day. Hundreds of thousands of people will hear these names and music that have been overlooked for far too long. It’s just one thing we’re doing to champion a new vision of what classical music can be.”

Any good station can find worthwhile music to broadcast, but it takes a great station to make that music come alive in person, in a community.

And for Abramovitz, it’s not just about getting people to attend shows and performances. It’s about bringing community members together in the spaces where they feel comfortable and engaged.

This is why WQXR created the Classical Beer Jam, a recurring craft beer and classical music party. The get-together rewires classical music’s stuffy reputation, shows that the format is very much alive and relevant, and gives a platform for artists to connect directly with their communities.

The most recent Halloween edition of the Classical Beer Jam was called “Decomposers,” as an irreverent send-up of the fact that most classical icons are long dead. The night featured a string quartet’s “Ghostbusters” cover, zombie costumes and games. In one trivia round, Abramovitz quizzed the audience how famous composers died. “The answer’s syphilis, every time,” he jokes.

A New Kind of Classical Fan

WQXR has a holistic view of its audience and defies expectations to continue to grow its community. Part of the station’s goal is dispelling well-worn beliefs about who listens to classical music.

“We always have to check ourselves. I think a lot of people in classical formats tend to think their audience is just like them. We really have tried hard to kind of pull that out of our thinking so that we’re focused on making a station that’s more accessible to a broader audience that doesn’t necessarily know that much about it,” Abramovitz explained.

Klaus, a listener from Amherst, MA, affirms the noncommercial station’s success in this respect. He shared, “I enjoy your playful themes and appreciate you not taking yourselves too seriously.”

Everyone finds a different experience with the music they listen to, one that runs the wide gamut of emotions and experiences of everyday life. And life in New York City can be tough. It can be demanding and difficult.

“I like to think that we’re like literally making the air better by putting classical music out there,” said Abramovitz. The radio waves emanating from the transmitter are simultaneously delivering good vibes to listeners.

Barbara from Berwyn, PA maybe said it best: “Thank you for helping us stay connected with our hearts and souls through music and for making it a more beautiful, peaceful, and passionate world.”