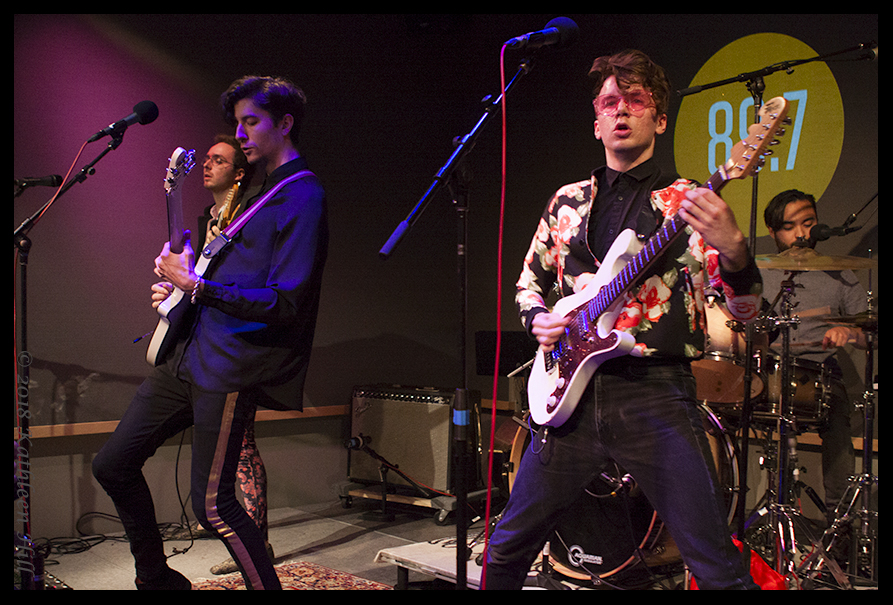 This past spring, Baltimore Magazine published its first-ever “Music Issue,” celebrating the rich and deep trove of local music artists. To boost visibility for the new issue the magazine turned to WTMD, the local adult album alternative (Triple A) public radio music station, to host a launch party at its studios. The event featured live performances by three area bands for hundreds of fans. According to Scott Mullins, WTMD’s general manager and program director, it was the single largest gathering of Baltimore musicians in any one place ever.

In many ways, the event was a recognition not just of the vibrant local music scene but of a station that plays a central role in the discovery and promotion of Baltimore musical artists. By showcasing local talent, stations like WTMD are satisfying a desire that a growing number of listeners share: to discover new musical gems and connect with a community of music lovers.

“Any Triple A noncommercial station should be the champion and facilitator of the local music scene,” says Mullins. “We have the ability to do that in a way that no others can. It’s been an integral part of what we do for many years.”

WTMD discovers and supports Baltimore artists in multiple ways. It puts them in the regular playlist rotation, actually creating hits for the artists. It helps audiences discover new favorites with live events like “An Evening With…,” which showcases Baltimore artists in the station’s performance studio. It also hosts an annual event called the Baltimore Bands Block Party, which invites 20 Baltimore bands and artists to play and compete to raise money for the station. And this year, WTMD launched its first annual Baltimore Alternative Music Awards program to honor and showcase the area’s best music.

Sam Sessa, the station’s Baltimore music coordinator, is the main contact for all Baltimore musicians to pitch their recordings to WTMD and hosts a weekly magazine show called Baltimore Hit Parade that airs music and interviews with local artists.

“It allows us to play some things that might be a bit more experimental and that might not show up in our regular rotation,” Mullins says.

The focus on discovering local music scenes has proven popular for public radio stations in many cities across the country, and it’s building large and loyal audiences. According to Roger LaMay, the general manager of Philadelphia Triple A station WXPN, growing numbers of people are seeking authenticity that only local content and sensibilities can provide. Public radio, he believes, is stepping up and providing such authenticity almost singlehandedly in most markets around the country.

“Listeners are looking for human hand-crafted curation – from people they trust and value, people who are saying ‘Check this out,’” LaMay explains. “That makes local noncommercial public radio stations more important than ever.”

Best known for its widely syndicated World Cafe program, which features artists from around the world performing a wide range of genres, WXPN also makes an effort to give up-and-coming and well-established Philly artists the airtime that builds careers. Artists like singer-songwriter Amos Lee, who was embraced early on by WXPN and now appears in major venues across the U.S. and has produced numerous well-received albums.

WXPN creates authenticity through its on-air personnel. People like hosts David Dye and Helen Leicht, longtime radio DJ fixtures from other stations in Philadelphia. They bring to their current jobs an understanding of the local music and cultural scene that listeners trust and seek out.

“Every generation is looking for a sense of authenticity and community around music discovery, and that’s something public radio offers through local music. It is something they can touch, an experience they can share with others around them.”