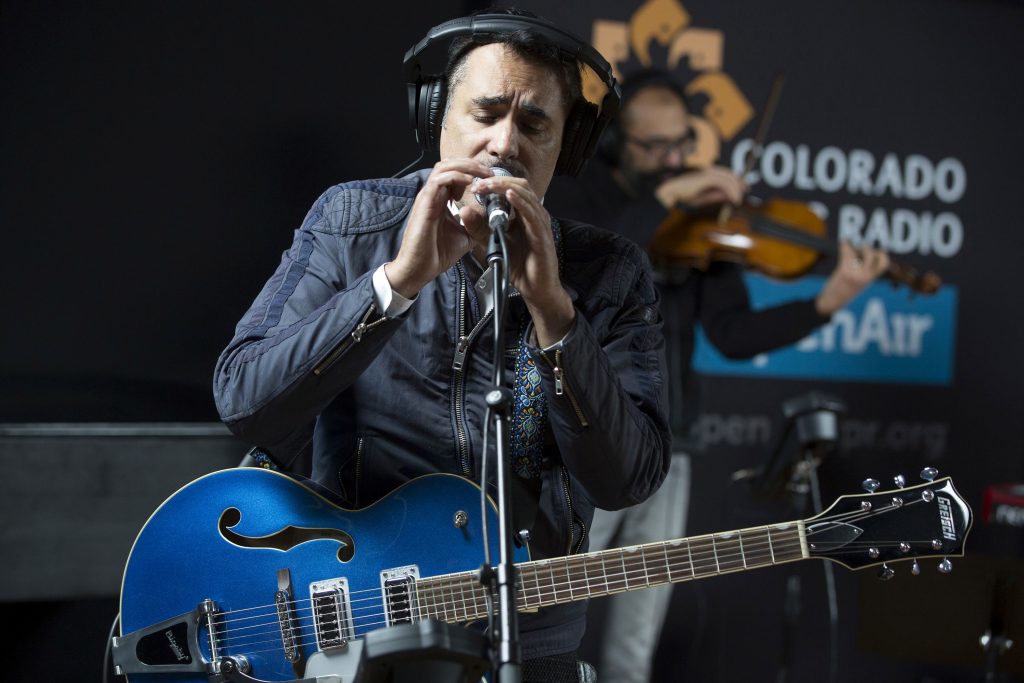 According to research by Colorado Public Radio’s (CPR)’s OpenAir, 90% of their listeners attend live music performances regularly. The mix of folk, roots, rock, and generally new music that comprises most Adult Album Alternative (Triple A) playlists has a younger fanbase, people eager to hear the music they love expressed live and loud. Jessi Whitten, the music director and assistant program director at CPR’s Triple A station OpenAir, is eager to explore that relationship because she has a remarkable tool at her disposal: the CPR Performance Studio.

Amplifying Both Classical and Triple A

The CPR Performance Studio is a means for artists to record live sessions. Jessi sees it as the station’s chance to let the artists “take a step down from the stage, to the listener.” But the studio’s role extends beyond the sounds of Triple A.

The CPR Classical team also uses the live space to provide the intimacy and access Jessi describes for its listeners. That approach to live performance comes with the added hurdle of expressing music that is potentially hundreds of years old, with dozens of famous performances likely already recorded.

Monika Vischer, CPR Classical’s program director, spells it out plainly, “One of our great responsibilities is to tell the story of the fact that classical music is not dead. It is alive and well.”

CPR Classical balances world-famous performers giving their take on time-honored works with the station’s eagerness to showcase newer talent, especially the young performers in the community.

Discussing a recent session featuring the Arvada West Girls Choir, Monika says, “And you might think, ‘Why the heck them?’ Well, because they’re flipping awesome!”

For CPR Classical, it’s a chance to provide a space for this new talent to understand early on something both stations hope for public radio music and CPR overall. Monika explains that the station is always aiming for it be “a cultural hub in the same way as any key concert venues, those physical brick and mortar spaces, that is what we are in the virtual space and listening space.”

One of our great responsibilities is to tell the story of the fact that classical music is not dead. It is alive and well. – Monika Vischer, CPR Classical’s program director

A Platform for New Music and Audience Experiences

The Performance Studio has been Monika’s way to explore the dichotomy of new and old classical expressions that now exist across the genres that loosely comprise the classical world.

CPR Classical takes joy in highlighting a combination of the two by inviting established talent, often musicians who have already performed in the Performance Studio, to come in and explore their own pieces. A particularly exciting session by Colorado Symphony principal trombonist John Sipher shows off his new track with trombone and looping pedals, a different experience from previous performances with selections from the Symphony.

For Jessi and CPR’s OpenAir, finding those new audience experiences in the Performance Studio is something they share with CPR Classical. OpenAir uses the space as a chance to get new ideas and artists recorded.

For example, when the band Kiltro initially submitted one song, Jessi saw potential, and interest from her audience, to invite the band to the Performance Studio and record. The four tracks that came out of that session caused, according to Jessi, one of the biggest impacts and responses from their audience of the entire year.

A Space to Support Artists

Kiltro isn’t the only band to come out with incredibly recorded songs, and both Jessi and Monika have secret weapons: engineers Martin Skavish, audio producer for CPR Classical, and Dave Fender, audio producer for CPR’s OpenAir. For classical performances especially, it’s a matter of finding the right wavelength for musicians who know the finest details of their instruments and performance. Monika explains, “They walk out of here with the greatest respect for CPR and the process of recording here because of Martin.”

Jessi is quick to say the same for Dave and CPR’s OpenAir’s sessions, and explains that there’s something they consider once the musician is in the space. For the staff and DJs, they respect that beyond the process of writing and recording music, playing it live is incredibly personal. For them, it’s about making sure they not only know the music, but know the artists. “Genuine curiosity,” Jessi says, “is just another form of respect,” and it’s something she and Monika always hope to provide for the musicians and groups that walk through the CPR Performance Space doors.

For both Monika and Jessi, it’s not just that the studio is “a space to be vulnerable” for the artist as Jessi puts it, but that they’re learning from each other’s sessions and making the kind of performances they showcase represent that respect and consideration they know their audience is eager to share.