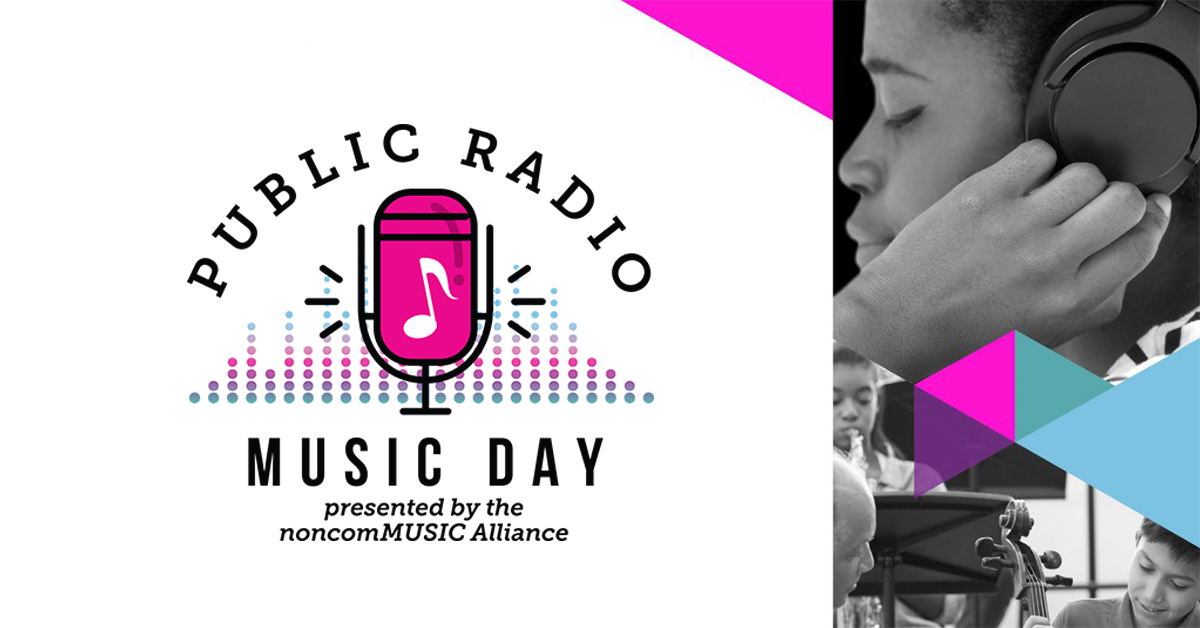 The inaugural public radio music day was held on april 16, 2020.

Music stations, artists, and listeners gave Public Radio Music Day special meaning as they banded together across the country, uplifting communities during the coronavirus crisis.

With over 75 stations across 35 states participating, dozens of artists performing special sessions, and millions of listeners across the country tuning in, the first-ever Public Radio Music Day continues to resonate. On April 16th, even as most people sheltered in place, noncommercial public radio music stations from Florida to Alaska, Montana to Hawaii, came together to do what they do best: support their community, offer unique content and connections, and most important, play great music.

Stations also had fun showing off their diverse on-air programming, like 88Nine Radio Milwaukee, which squeezed every single specialty show into a single day’s schedule.

In the face of the COVID-19 pandemic, stations needed to pivot from initial plans, as in-studio sessions became remote and in-person community events became virtual. However, noncommercial radio’s freedom to adapt and listen to audience needs played well on Public Radio Music Day. KEXP connected with listeners on-air who told stories about living in uncertain times and how the station helps. Even without in-studio guests, boundless public radio creativity found ways to preserve the art of live performance. WBGO in Newark curated a virtual show and invited jazz musicians for “Zoom-In” sessions and interviews.  The NPR Music network of stations hosted exclusive PRMD Live Sessions with livestreamed concerts and pre-recorded artist testimonials and peformances, specially curated by music stations around the country.

Looking back, the day kept the spirits up for many. On Twitter, where the hashtag #LovePublicRadioMusic trended throughout the day, music fans expressed their appreciation for the stations they loved. “If it wasn’t for @wxpnfm this past month, things would have been nearly unbearable,” said one listener. A WFUV volunteer told a common tale, “What would my life be like without #WFUV? Quiet, lonely, and boring!” A Classical KUSC listener in California tweeted, “I’ve always appreciated KUSC’s announcers, but living alone during lockdown they’re especially comforting.”

It wasn’t just listeners. Noncommercial music stations are one of the most trusted and meaningful supporters of new music and artists, and the music industry knows that. “The voices of noncommercial radio help drive music forward,” recounted Patrick North, US Label Head of XL Recordings and Young Turks. “The format is a vital venue for discovery.”

As audiences work and shelter from home, the industry appreciates how public radio is adapting in kind. Ellena Osis, Director of Noncommercial Radio Promotions for Beggars Group (including XL Recordings, Young Turks, Matador, 4AD, and Rough Trade) saw the evolution and remarked, “Noncommercial stations have handled our ‘new normal’ with special programming, lawn sessions, heartfelt messages from artists we love, re-envisioning live sessions and content…. They threw out the ‘rule book’ and re-invented themselves in a matter of a week. I am damn proud to be part of this community.”

For artists who tuned in to stations, performed live, or shared favorite sessions and stories, Public Radio Music Day was a chance to reflect on how local stations have impacted and supported them.

On its first outing, Public Radio Music Day held a resonant, emotional weight for everyone involved. It didn’t matter if it was a local station, one you grew up with, or one you found randomly on the dial. Public radio doesn’t have to be an actual physical space where DJs, staff, artists, and listeners congregate in their community. The connection can be more profound.

To Chad Clark of Beauty Pill, “That’s the beauty and power of public radio: it feels local no matter where you are.” And that feeling means so much more in the circumstances we’re all in right now.

As Ellena Osis remarked, noncommercial radio “is a place where we can all come together while we are apart.”

Public Radio Music Day is a tribute that rightfully should be celebrated every year; still, its first time out definitely meant so much more. Although public health constraints forced stations to pivot and reimagine their programming, the inaugural Public Radio Music Day demonstrated the power of public radio in connecting and engaging local artists, fans, and communities, even through the most uncertain of times.