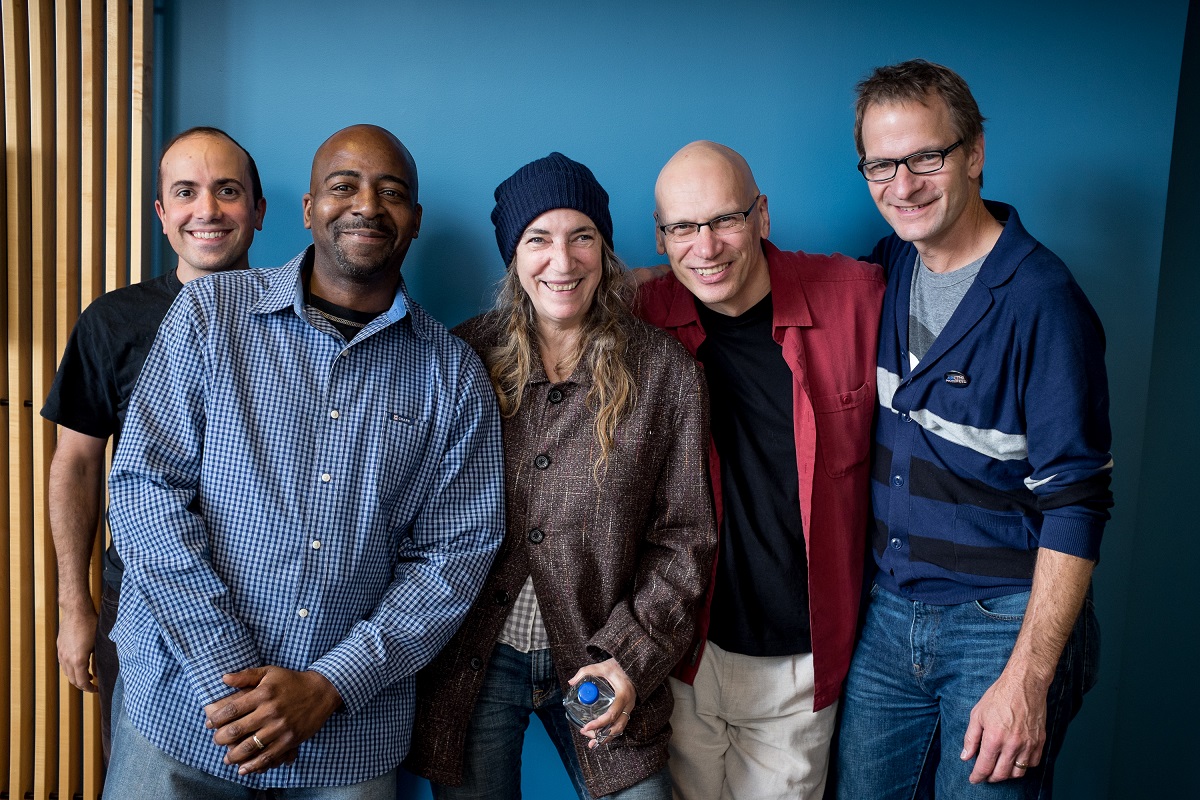 Patti Smith with Jim McGuinn, photo courtesy of The Current

The Current gives its listeners a chance to broaden their approach to not only their scene but any great music they come across.

“I tend to think of The Current as your 28-year-old friend,” explains Jim McGuinn. “So we’re coming over, we’re putting our feet on the coffee table and we’re bringing over a whole bunch of vinyl and saying, ‘Have you heard this band yet?’”

Jim is the Program Director at Minneapolis Public Radio’s Adult Album Alternative (Triple A) radio station, The Current. As Triple A has reworked itself over the years, bending away from its more hewed-in, softer folk beginnings in the early nineties, The Current thinks of itself as a place where playlists reflect music tastes as wide as possible.

“Indie to influential,” Jim dashes off. “But that’s kind of a simple elevator pitch.”

Bringing Triple A to Twin Cities

Launched in 2005, The Current went on air with Twin Cities hip hop group Atmosphere’s ode to the northern Midwest, “Say Shh.” And as rapper Slug told the listeners then, “Don’t take it for granted, instead take a look around/Quit complaining and build something on that ground.”

So the station did that. And in Minneapolis, it could look around and see its history of not only surf rock pioneers like The Trashmen but a scene woven through with college rock canon like The Replacements and Husker Du, or just as equally, its funk and soul communities from the 60s and 70s shining through new artists like Lizzo.

Prince + The Current is Minneapolis

But of course, you can’t think of Minneapolis without one person: Prince. After Prince started spending more time in the area around 2010, he began a relationship with The Current. First, he debuted a song on the station. Then Jim found himself invited for an afternoon with Prince at Paisley Park.

A connection began that has lasted even after the musician’s death in 2016. After that news broke, the station paid tribute by playing his music non-stop throughout the day and found itself inundated with listeners, nearly a million at one point by the station’s count.

And many of those listeners stayed tuned in. For them, the station has since debuted the Purple Current streaming channel. Beyond the hits and the deep cuts, you’ll hear the music that inspired Prince, his contemporaries, and musicians that find new ways to explore the legacy he left behind. As the Purple Current spirals around Prince as a focus and centering idea, you can see the growth of how The Current thinks about the Minneapolis music scene, one Jim says he hasn’t found anywhere else.

Music radio for music fans. We’re not a this or a that. If it’s great, let’s play it. Okay yeah, that’s the better elevator pitch! — Jim McGuinn

Spinning Songs from Basements to Bigtime

“We’re locked in our basements with our guitars,” Jim lays out when asked about what he thinks built that scene. “We’re a last outpost.” Local bands find themselves without many others traveling through the area during the long and cold winter months. The way he explains it finds the Twin Cities closer to Boston, Seattle, and Portland. All cities that cultivate and celebrate a fierce sense of loyalty to their community, eager to speak to their shared history, built around people who gave context to those before them and a foundation for the next set ahead of them.

And building context is how The Current views its role, especially because of the freedom the Triple A format affords them. It casts itself as a place where the DJ can take the reins for a bit to act not as a gatekeeper but an endorser.

“Lean back options for people that generally lean in,” is how Jim lays it out, reflecting the station against a vast, unending set of musical options now online. And operating with values of a noncommercial public radio station built on a genre as nebulous as Triple A, the means of curating compelling connections between artists become the preferred way to grow the listener’s palette.

“Let’s figure out a way to play this all together that freaks out people at other radio stations,” Jim brings up as a rallying cry heard in the station.

From genre to genre and artist to artist, it’s those connections that excite Jim and motivate the station. Radio as a place to crisscross the lines between the kinds of music The Current is eager to play for its listeners. Jim perks up, “Music radio for music fans. We’re not a this or a that. If it’s great, let’s play it. Okay yeah, that’s the better elevator pitch!”