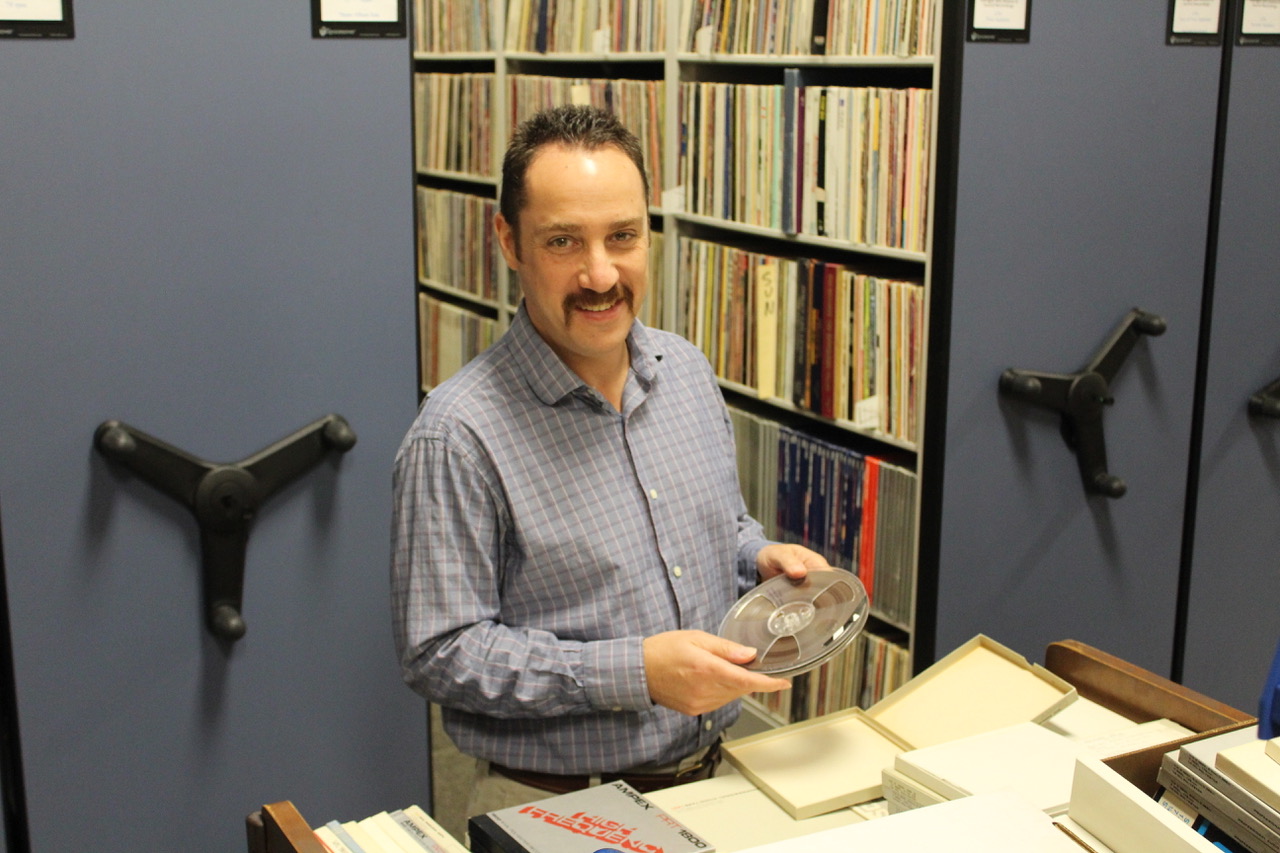 Middle Tennessee’s noncommercial WMOT digs into the roots of Americana, showcasing an eclectic range of rarely heard Triple A music.

What famous Rolling Stones song was originally recorded by a Danish trombone player? It’s ‘Time Is On My Side,’ premiered in 1963 by jazz/pop trombonist Kai Winding and his Orchestra and covered the following year by the Stones (and also by soul singer Irma Thomas).

That’s one bit of trivia shared by Greg Reish during his popular Sunday evening show Lost Sounds, produced by noncommercial WMOT Roots Radio. In addition to the rare music show, Reish holds a Ph.D in musicology and is the director of the Center for Popular Music at Middle Tennessee State University (MTSU) in Murfreesboro. The Center is one of the oldest and largest repositories of American folk and popular music in the world and contains more than a quarter million recordings, many extremely rare.

If you don’t live in WMOT’s broadcasting range, you too can listen online here.

Reish recently cued up Kai Winding’s not-necessarily definitive version for his loyal audience to hear in the midst of an hour’s worth of what he calls “pre-covers.” Pre-covers are first recordings of American popular songs that went on to fame and fortune only after being recorded by subsequent artists.

For example: “Muskrat Love” by Willis Alan Ramsey, not America; “Dazed and Confused” by Jake Holmes, not Led Zeppelin; or “Piece of My Heart” by Aretha Franklin’s older sister Erma, not Janis Joplin.

Other rare music the show has featured includes: jug band music of the 1920s and 1930s, private recordings that musicians have made for their friends and family members, and a regional style from Veracruz, Mexico called son jarocho.

All of which fits effortlessly with the Adult Album Alternative mission of WMOT, which is based at MTSU and whose signal blankets nearby Nashville and stretches from the Alabama to Kentucky borders.

According to station manager Val Hoepner, the goal is, “to dig deep on artists, go back and show their evolution so that when listeners tune in for as little as a quarter hour they’ll hear something familiar, something emerging and something on the charts.”

“The most important thing for me . . . is coming up with a creative way of looking into a tiny slice of American popular music. Something that will help show the diversity and depth of it all.” – Greg Reish

Reish credits his inspiration for curating the show to his career as a performing and recording guitarist, his academic research into a wide range of bluegrass and American vernacular styles, and especially his stewardship of and access to the rare music archives of the Center for Popular Music.

He says, “The most important thing for me when I start to put a show together is coming up with a creative way of looking into a tiny slice of American popular music. Something that will help show the diversity and depth of it all.”

Hoepner points to Lost Sounds as the kind of show that listeners only find on WMOT. Like many other noncommercial music stations, the music philosophy is to go beyond the playlist to add perspective on the music that is fresh and surprising.

As one avid WMOT listener put it, “I listen all day long because I never know what I’ll hear next.”