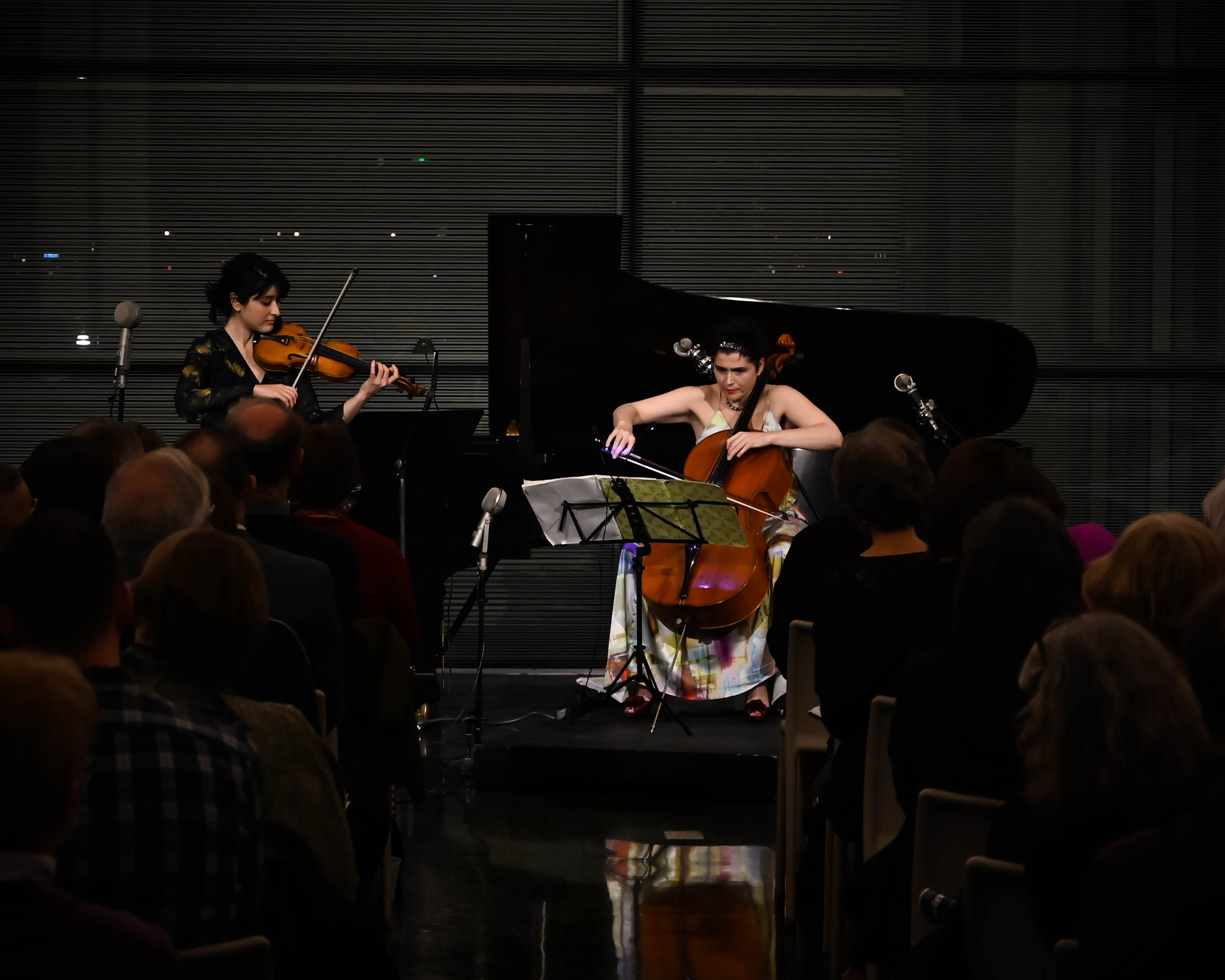 In the Quad Cities region of northwest Illinois and southeastern Iowa, noncommercial public radio music station WVIK partners with the Quad City Symphony Orchestra (QCSO) to make classical music affordable and accessible to their community. Six years ago, WVIK and the symphony launched the WVIK/QCSO Signature Series, which presents live chamber music ensemble performances in informal settings throughout the region.

“It’s just a different type of musical experience,” said QCSO Executive Director Brian Baxter. “This is a lot more intimate and gets us into different venues in the community.”

“The events are a perfect way to preserve classical music,” said Jay Pearce, WVIK CEO. “It’s also way for young people interested in or looking to discover classical music but in a more informal and affordable setting without being intimidated by it.”

WVIK’s role extends beyond the live Signature Series performances. The noncommercial station also ensures that all community members have access to the performances by rebroadcasting recordings on the radio station’s Sunday Concerts program.

“I think the best thing is we are getting engagement in the community,” Pearce adds. “It’s an easy win-win. We record [and later broadcast] the symphonies. The point was to break down whatever perceptual barriers people might have…We wanted to make classical music accessible and even more affordable.”

Admission is generally $10 for students and $25 for adults, a price roughly half the cost of symphony concerts. The Signature Series reinvests the proceeds from tickets sales back into QCSO to continue to strengthen the classical music community.

“We have a lot going on for a small place,” said Mindy Heusel, WVIK music director. “Quad City Symphony Orchestra and the Signature Series bring us content that you can’t get anywhere else. We produce those broadcasts for our Sunday symphony series; and we air all of their concerts along with other area orchestras and choral/chamber ensembles. We are certainly encouraged that there is an audience and that it is growing.”

Heusel has been with WVIK since the early 1980s when she was a student at Augustana College. She has interviewed QCSO’s concertmaster on her afternoon classical music program, Perspective.

“Naha is a consummate musician and puts together some amazing [Signature Series] programs,” said Heusel. “She comes in and chats on my show sometimes in the afternoons…Many times I will have musicians and composers and soloists drop by and sit in studio with me to talk about what they are going to be doing and playing.”

To connect with new and devoted classical music fans, Heusel and Augustana College music professor and composer Jacob Bancks present Music 101 on the first Thursday of the month. During this special segment of Perspective, Heusel asks Bancks fundamental questions about classical music or a composer’s work, usually one that will be featured in the next QCSO or Signature Series performance.

“Jacob can break music down in ways that are immediately and easily understood, allowing us to talk about theory, structure and programmatic elements within the piece,” said Heusel. “We can discuss the composer’s life or what was going on politically to provide deeper meaning and context.”

Heusel adds that she and Bancks achieve their goal when “we can talk about a piece or two of music that [the radio listener] is going to hear at the next QCSO or Signature Series concert, and make it the most fun, hippest piece of music that they want to hear.”

Indeed, WVIK and Quad City Symphony Orchestra have struck the right chord in staging beautiful music together and keeping the living, breathing classical music genre active in their community.