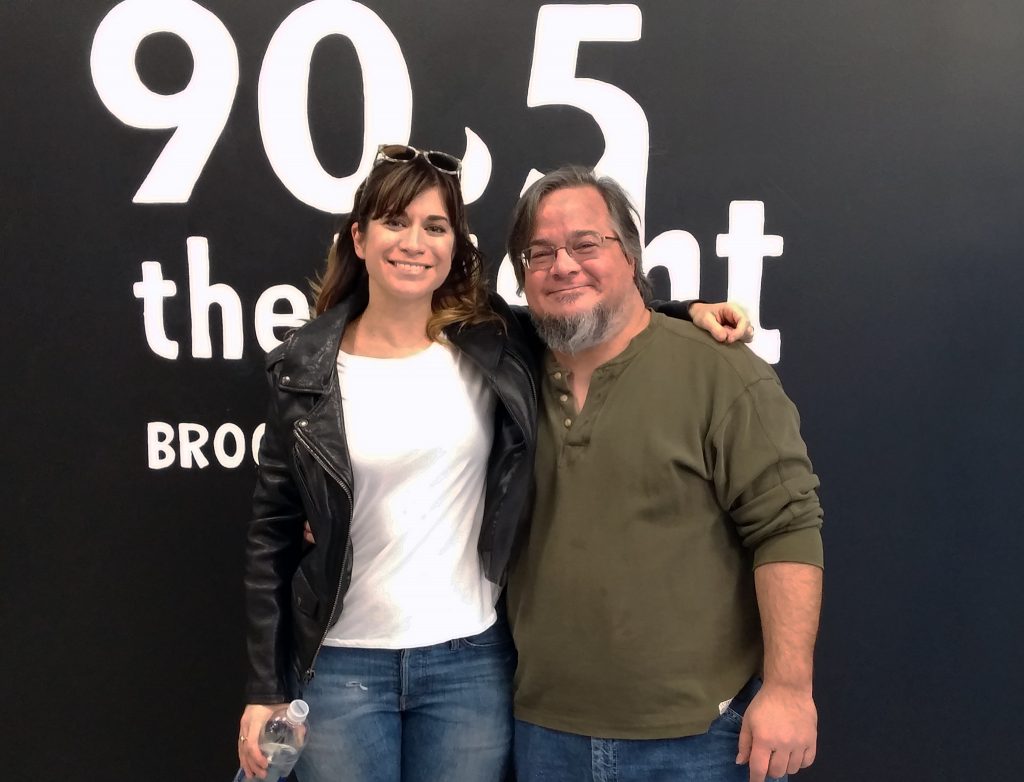 Nicole Atkins, who grew up near 90.5 The NIGHT with host Stu Coogan.

From Coffeehouses to the World Stage

WBJB in Central New Jersey, also known as 90.5 The NIGHT, makes a big effort to feature local bands in its playlist rotations. The Asbury Music Awards, which are dedicated to the Central New Jersey Music scene, have recognized WBJB as the top station to promote live, local music for 16 consecutive years.

According to station manager Tom Brennan, The NIGHT can take some credit for the discovery of local artists who have made it big. Among them is Nicole Atkins, a singer-songwriter who grew up in nearby Neptune, N.J. She started by playing in local area coffeehouses and now plays across the United States and the world.

KING-FM, the only classical public radio station serving the Seattle area, gives a valuable public platform to local musicians. Every Friday evening it airs Northwest Focus Live, which features live in-studio performances of local ensembles. The station also sponsors a young artist competition that has been a launching pad for several talented musicians who’ve gone on to play in major orchestras.

WYEP, a Triple A public radio station in Pittsburgh, also includes the discovery of local talent as part of its mandate. Specifically, its Reimagination project nurtures the careers of local musicians under the age of 19. Now in its fifth year, Reimagination selects up to 13 acts (single musicians and bands), and pairs them with local professional music producers to polish their sound and songwriting. That culminates in a professional recording studio session to produce songs that WYEP compiles into an annual CD.

Grace Tandon, who grew up in the south hills of Pittsburgh, cut a song for Reimagination’s first compilation CD in 2014. Now 19, the teen pop artist performs under the stage name Daya and has gone on to record tunes that have ranked high on the Billboard charts. One of them, “Don’t Let Me Down,” won a 2017 Grammy for Best Dance Recording.

Music discovery isn’t limited to fresh finds, but also the re-discovery of beloved artists for new audiences. The Bridge 90.9 in Kansas City recently hosted a live studio program marking the 50th anniversary of Brewer & Shipley, the homegrown folk-rock duo that rose to national prominence in the 1970s. It’s the kind of service that only noncommercial music stations provide to listeners who thrill in discovering new sounds and experiences in their community.