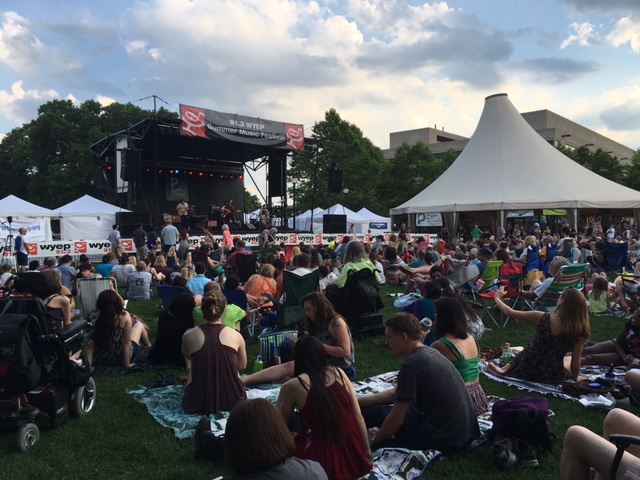 Observers from around the world in recent years have come to realize that Pittsburgh, Pennsylvania’s reputation as a tired and struggling smokestack city is far out of date. Today, the city is attracting high-tech powerhouses and the technically savvy young professionals who work for them. Pittsburgh regularly receives acclaim for its emerging “foodie” culture, has a collection of world-class museums, supports hugely popular professional sports teams and is more affordable than many other cities its size.

“A lot of us here have been asking each other why our music scene is not getting the same kind of love,” said Abby Goldstein, general manager of Triple A station WYEP. Indeed, a survey commissioned by the city’s tourism agency a few years ago found that visitors rated its music and nightlife lower than other attractions.

Under Pitts’s guidance the initiative has conducted a series of public perception and economic impact studies and has identified several factors inhibiting the city’s music community:

Alongside a broad range of partners, WYEP expects to play a central role in the implementation of strategies to revitalize music in Pittsburgh as it has in the early, fact-finding phases of the Music Ecosystem Project. In the interim, the station is continuing its steady 24-hour flow of Triple A playlists on-air and online for listeners in the 13 counties the station reaches in Western Pennsylvania, producing and promoting live concerts in the summer, its singer-songwriter competition, music programs in school and its Reimagination project that nurtures the careers of local musicians under the age of 19.

Now in its fifth year, Reimagination selects up to 13 acts (single musicians and bands), and pairs them with local professional music producers to polish their sound and songwriting. That culminates in a professional recording studio session to produce songs that WYEP compiles into an annual CD.

Grace Tandon, who grew up in the south hills of Pittsburgh and mastered multiple instruments as a young teen, cut a song for the first Reimagination CD in 2014. Now 19, she performs under the stage name Daya and has gone on to record tunes that have ranked high on the Billboard charts. One song, “Don’t Let Me Down,” won a 2017 Grammy for Best Dance Recording.

“We’re building the Pittsburgh music scene of the future with the Reimagination project,” says Goldstein. “Some of these teens are now hanging around with the older professional crowd and showing up at local shows and on local albums. That’s the coolest part of the project, seeing these young artists integrate into the music community.”

WYEP and the Pittsburgh Music Ecosystem Project are hard at work revitalizing the local music scene for local audiences and visitors from around the world. As Goldstein puts it, “Pittsburgh’s music is not going to get the love it needs if someone doesn’t pay attention to it.”